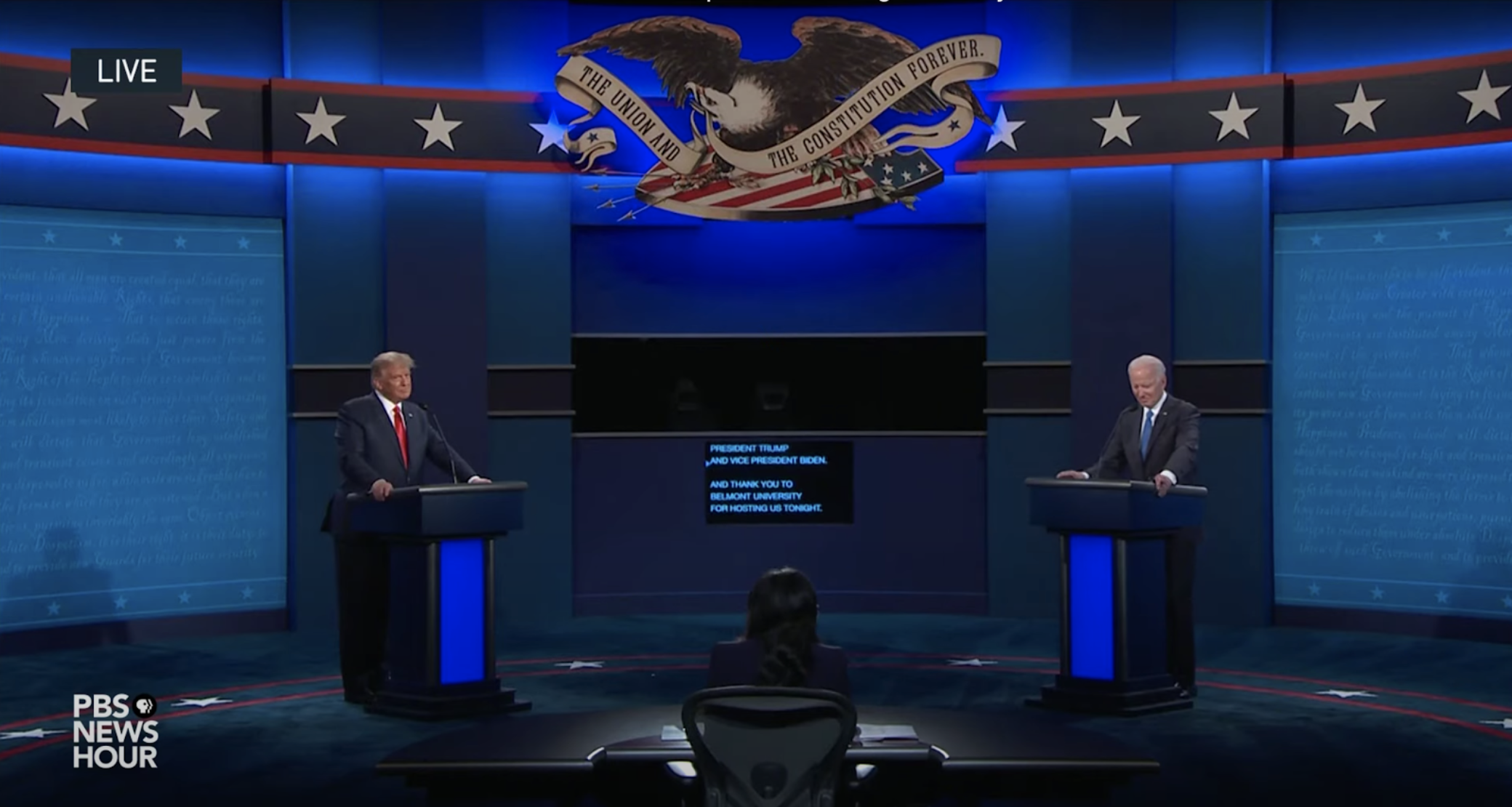 In a world where AI-powered deepfakes disrupt democracy, data and its analysis is increasingly important to journalists, activists, watchdogs and citizens who police election processes.

Presidential debates should showcase constitutional democracies by giving the electorate policy insights. But then came the “shit show” that was the first Trump-Biden clash. By using AI to analyse the audio stream from that event I wanted to reveal insights that couldn’t be obtained otherwise.

Advances in voice technology enable government and businesses to have deep insight into verbal communication. AI reveals insights on energy levels, emotional states and can even model and predict human behaviour. Watchdogs like journalists and activists can—and should—be encouraged to use these tools too.

This is why we opened public access to OTO’s proprietary DeepTone™ engine. Today democracy is being stress-tested as technology is used by subversive agents to manipulate and influence electoral systems. Active, involved citizenry, empowering watchdogs and enabling data journalism are our best defence.

I extracted over a million data points from that chaotic first debate, and my analysis revealed Trump’s ‘secret weapon’. A verbal machine-gun style of delivery enabled greater content density that saw his output dwarf Biden’s. This, together with Trump’s pattern of frequent, aggressive interruptions, points to a Republican strategy of total domination.

The analysis of the second debate exposed big differences. The rules changed when the nonpartisan Commission on Presidential Debates decided to mute microphones to better manage the ‘opening arguments’ section of the final debate. The President called this ‘unfair’, but the data shows that the last debate was decidedly more balanced.

Debate one was characterised by frenetic, shorter debate turns that were dominated by Trump, who packed more content into his speaking time. Trump’s tactic of interrupting served to help him dominate four out of the six sections in the first debate, but the final contest realised a more level playing field — one where both candidates managed to get their main arguments across.

While in the first debate it took, on average, eight turns for Joe Biden to get at least 30 seconds of uninterrupted speech, this happened every fourth turn in the final debate. There is a similar trend for both candidates, though Biden is by far the one who benefits the most from increased turn duration.

For short turns, the speech density (the amount of verbal information per second of speech) remained relatively unchanged for both candidates during both debates. However, for longer turns, the two candidates show a different trend.  Trump, while still keeping a speech density higher than Biden's in absolute terms, tends to have less dense long turns in the second debate, perhaps showing increased reflectiveness or decreased impulsivity.

On the other hand, Biden managed to achieve a pace where he crammed more content into his longer turns. Could it be that in between the debates he practised to sustain a high speaking rate in longer bouts? Either way, this improved fairness as both candidates achieved greater equality of airtime.

In the latest version of DeepTone™, we built a speech overlap model that revealed another disparity between the two debates. This model detects when two or more people have superimposed speech, and calculates who interrupts whom. Joe Biden was interrupted 28% more than Trump in the first debate, but the overlap scores are almost exactly the same for the final event. Again, a triumph for civility and democracy.

Humans live in an era where technology is actively manipulated to undermine democracies, which is why we must do everything in our power to use the data and tools at our disposal to safeguard the rights of the electorate.

At OTO, we believe it is our moral duty to enable data and technology to be used to safeguard democracy. If you're doing investigative journalism for the greater good, please contact us at info@oto.ai to get a free licence of DeepTone™.